As a director, coach and teacher I find the key to everything is character. The characters tell the story, move the audience and bring the words of the playwright off the page. If the audience doesn’t get involved with the characters they won’t be involved in the play.

And from actors:
“I have had the pleasure of working with Sydnie as an audition coach and a director on numerous occasions.  As a coach she has helped me tap into bringing my sensibility to audition material. After leaving an audition (which has always resulted in no less than a callback) I feel I showed them who I was.  I never walk out thinking “I should have…” because Sydnie always encourages you NOT to be a carbon copy of anyone else and to bring your strengths front and center. Totally freeing. 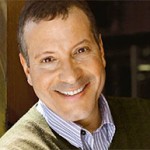 As a director she has the ability to deal with each actor’s needs individually. However many actors there are in the rehearsal room…she can speak as many languages.  No “one direction fits all.”  And whether it be a drawing room comedy or a drama she always finds the truth and the humanity in the piece.”