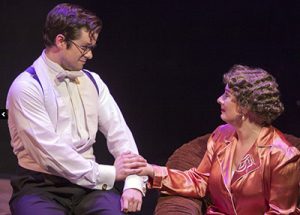 Story: When he first took his job as Florence Foster Jenkins’ accompanist, Cosme McMoon explains in Stephen Temperley’s “Souvenir,” he did it for the money. The pay was good, the vacations were long and his generous employer urged him to keep writing songs of his own.

It was a hard job, though. He had to listen to her sing.

Though she fancied herself a contralto, Jenkins’ singing was beyond belief. What’s even harder to believe? Temperley’s two-character comedy — sailing to laugh-out-loud heights under director Sydnie Grosberg Ronga at Max & Louie Productions — is based on a true story. — Judith Newmark – St. Louis Post-Dispatch

Director Sydnie Grosberg-Ronga elegantly interprets playwright Stephen Temperley’s loving tribute to Florence Foster-Jenkins, a socialite and amateur singer in the early 20th century, and her longtime collaborator, accompanist, and friend, Cosme McMoon. This is an evening of laughter, remembrance, and revelation that kindness goes a long, long way…Grosberg-Ronga’s direction shapes every moment with care, from the quickly-paced banter to the lively musical accents, to the gloriously awkward and poignant spaces. — Pamela Reckamp – STL Limelight

Max and Louis Productions, under the direction of Sydnie Grosberg Ronga, treats audiences to the most delicious of holiday confections, Souvenir: a fantasia on the life of Florence Foster Jenkins. — Tina Farmer – KDHX, St. Louis

Their story, in Mr. Temperley’s telling, is a tribute to the power of love and friendship. It’s funny, ultimately touching, and brilliantly done under Sydnie Grosberg Ronga’s expert direction. — Chuck Lavazzi – OnSTL 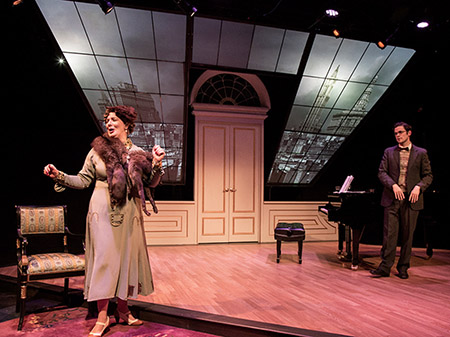