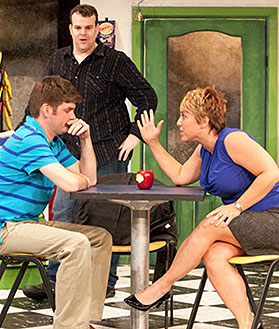 Three ordinary people face ruin in the recession, but a teasing, tantalizing option could solve all their problems…a chance in a million, if only they have the guts to take it! A fast and furious comedy about the lengths we will go to when our backs are against the wall.

Under the direction of Sydnie Grosberg Ronga, Bush and Reckamp fuel the comedy with a pungent combination of affection and desperation. Bush, meticulously organizing the shelves to tempt customers who never come, shows the careful smile of a man who must seem cheery when he feels anything but… — Judith Newmark, stltoday.com

Director Sydnie Grosberg Ronga contributes splendidly to the proceedings, mining this piece for all the comic and dramatic moments it presents. — Chris Gibson, BroadwayWorld.com 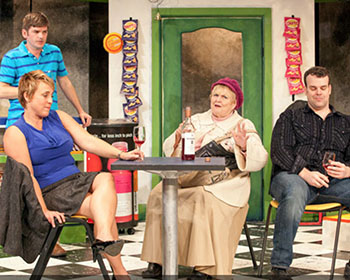