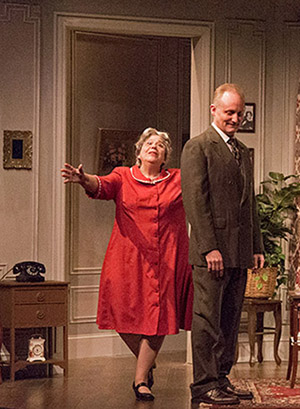 In 1948 Atlanta, Daisy Werthan, a rich, sharp-tongued, Jewish, 72-year-old widow has just demolished another car. Her son Boolie informs her that he will from this point on be hiring a chauffeur for her. Thus begins the 25-year relationship between Daisy and Hoke Colburn, her driver. She regards him with disdain and he is not impressed with her patronizing tone and latent prejudice. But despite their differences, they grow closer and more dependent on each other over time. The once contentious relationship blossoms into a profound, life-altering friendship that transcends all the societal boundaries placed between them. An iconic tale of pride, changing times and the transformative power of friendship. 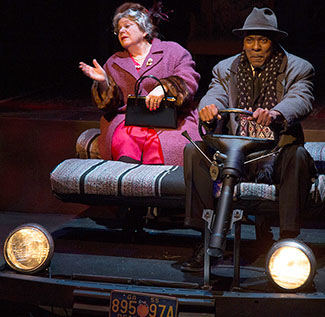 The New Jewish Theatre’s production of Driving Miss Daisy is suitably quiet and remarkably warm under the direction of Sydnie Grosberg Ronga, as gentle in its progress as the passing of the seasons. Director Sydnie Grosberg Ronga plays on the sympathy and tenderness that Mr. Uhry has fashioned in “Driving Miss Daisy” but avoids the sloppy sentimentality that can turn it saccharine. It’s a lovely piece that brings a real tear to the eye. — Tina Farmer, KDHX News 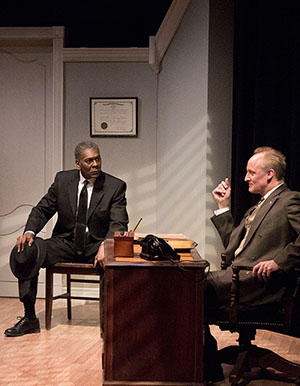 Director Sydnie Grosberg Ronga, who writes in program notes that she’s never seen a production of Driving Miss Daisy in the 28 years since it premiered, maintains a sure, steady pace that matches the tempo of the characters, moving her players around Dai’s judiciously appointed set to give the show continuity and an easygoing flow.

The players do strong, subtle work in depicting the changes not only in society but also in their bodies with the advancing years. — Eric Woolsey, LaDue News