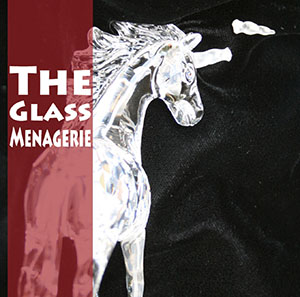 Considered one of the greatest plays ever written about dysfunctional families, The Glass Menagerie is set in St. Louis during the early days of WWII.  Based in large part on Williams’ own experiences with a histrionic mother, a mentally fragile sister and an absent father who still loomed larger than life in their household, The Glass Menagerie won the New York Drama Critics award in 1945 and launched Tennessee Williams’ career in modern American theater.

We welcome Sydney Grosberg Ronga to her directing debut at Bluff City Theater.  Based in New York City and St. Louis, Ronga is a critically-acclaimed director and educator who has recently worked with The New Jewish Theater, Insight Theater and The St. Louis Black Rep Theater in St Louis as well as many others.  She loves working in intimate spaces and The Glass Menagerie is a wonderful play for her to ply her craft as we close out our 2017 Season.